And in the Vienna woods the trees remain

And in the Vienna Woods the trees remain by Elisabeth Åsbrink is an intricate weave of documents, substantive narrative and emotional commentary.

Otto, a Jewish boy, was sent from Austria to Sweden right before the outbreak of World War II. There he became best friends with Ingvar Kamprad, the founder of IKEA.

Despite the huge Swedish resistance to Jews, the 13-year-old Otto Ullman was granted permission to enter Sweden – all in accordance with the Swedish archbishop’s secret plan to save Jews on condition that they converted to Christianity.

Otto found work as a farmhand at the Kamprad family’s farm Elmtaryd in Agunnaryd in the province of Småland. Ingvar and Otto became very close friends. But at the same time, Ingvar Kamprad was actively engaged in Nazi organisations and a great supporter of the fascist Per Engdahl. Otto’s parents were trapped in Vienna, and the last letters he received were sent from Theresienstadt.

With over 500 letters and thorough research as a starting point, Elisabeth Åsbrink portrays how Swedish society was infused with anti-Semitism and how families are shattered by war and asylum politics. The book contains interviews with Ingvar Kamprad.

Ingvar Kamprad was a member of the Swedish Nazi party Svensk Socialistisk Samling (Swedish Socialist Unity) as from 1943. His member number was 4014.

In 1943, the Security Service set up a file on the then 17-year-old Ingvar Kamprad with the heading ”NAZI”. His letters were steamed open and are quoted in the file. Among other things he writes about recruiting new members and says that ”he misses no opportunity to work for the movement”.

Kamprad has confessed that he sympathized with Svensk Socialistisk Samling, but then went on to support Per Engdahl’s Nysvenska rörelsen (New Swedish Movement). He has repeatedly called the whole thing ”sins of youth”, ”teenage confusion” and such.

The New Swedish Movement wished for the victory of Nazism over Communism, and Engdahl himself wrote a large number of articles and editorials inciting people against Jews in his paper Vägen Framåt (The Way Forward). Kamprad and Engdahl became close friends, and Kamprad knew personally several leading figures of the New Swedish Movement. He contributed money, recruited members and published at least one book written by Per Engdahl.

In the recorded interview, published in the book, Kamprad told Elisabeth: ”Per Engdahl was a great man, this I will maintain for as long as I live.” 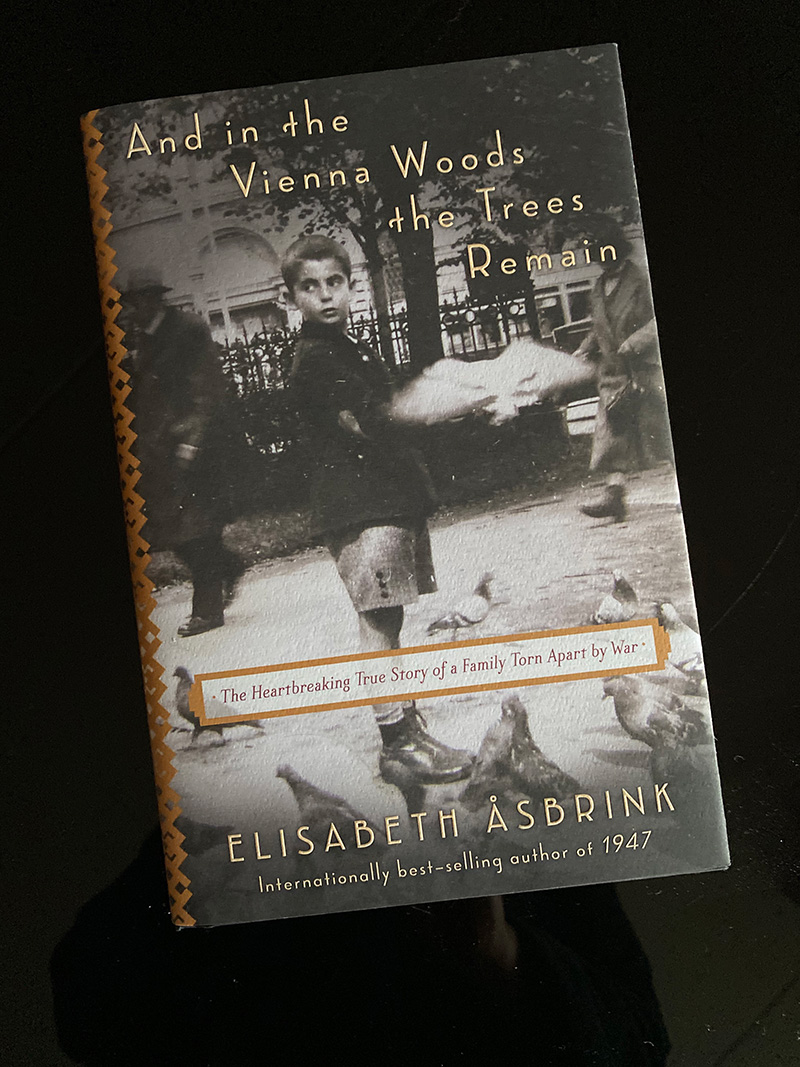 In March 2014 I spent some days in Vienna, where I met representants for the organization Steine der erinnerung. Together we gathered outside Löwengasse 49, performed a ceremony, and placed a memory-plate for the Ullmann family in front of it. I also placed five stones on the sidewalk, one each for Josef and Elise Ullmann, Margarete Kollmann, Adolfine and Paul Kalmar.