The Holocaust Was an Attempt to Erase Millions of People. Today, the World Must Honor the Evidence That They Existed. By Elisabeth Åsbrink. TIME.com

The Swedish journalist Asbrink’s “1947” is an extraordinary achievement.
The New York Times, April 6 2018

… a gripping history … Åsbrinks careful juxtaposition of disparate events highlights an underlying interconnectedness and suggests a new way of thinking about the postwar era. The New Yorker, March 12, 2018

From Sweden comes this globe-trotting factual narrative tracing the poisonous fallout from World War II with novelistic flair. With a reporter’s nose for detail and a crime writer’s sense of pace, Åsbrink’s account revisits contemporary hotspots from post-Raj India to British-ruled Palestine while tracking a star-studded cast including George Orwell (at work on Nineteen Eighty-Four) and Billie Holiday, arrested on drugs charges in New York. 1947 picked as the best non-fiction titles published in the UK in 2017 by daily newspaper Metro 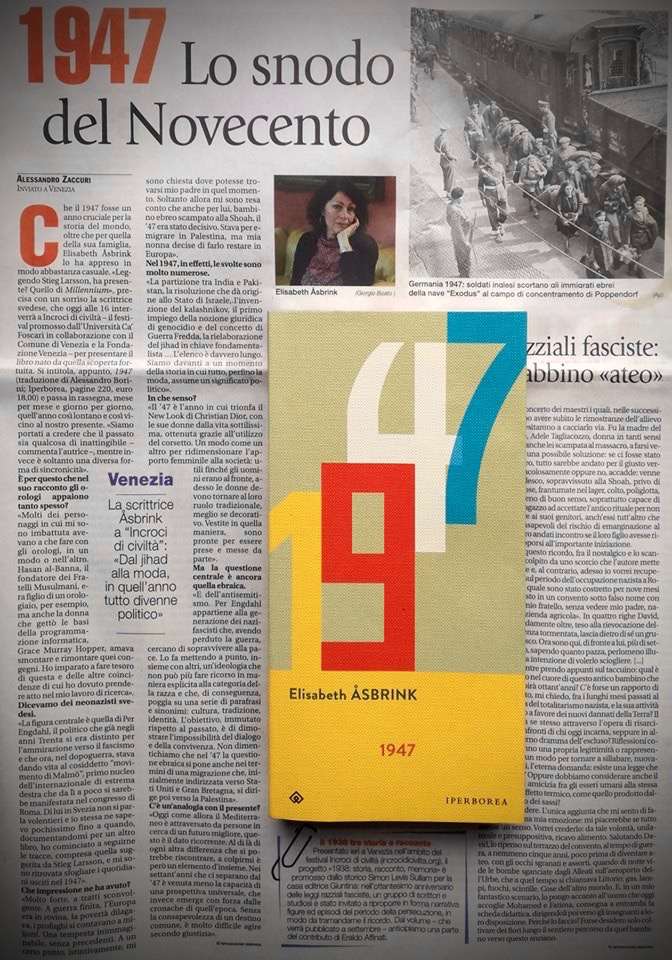 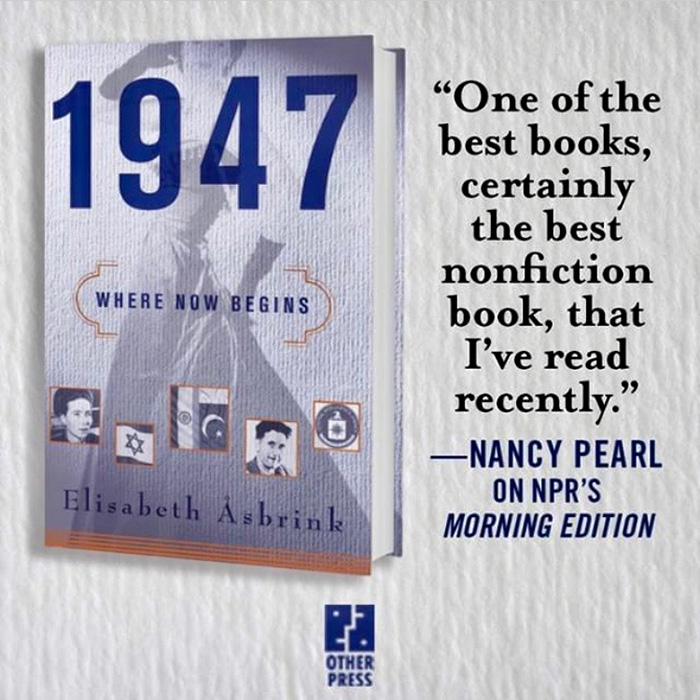